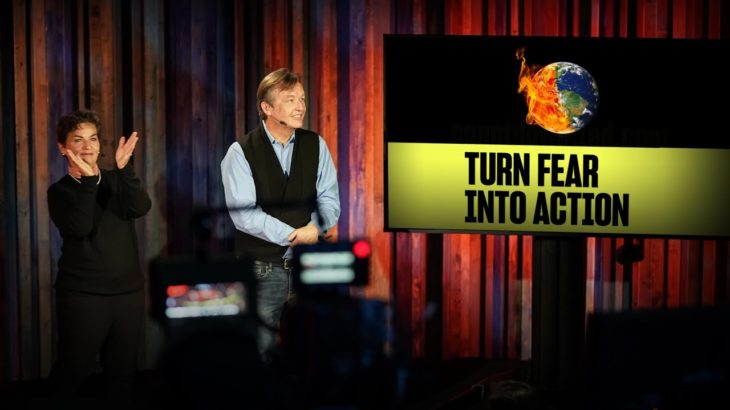 Witness the unveiling of Countdown, a major global campaign to cut greenhouse gas emissions. TED has partnered with scientists, policy makers, organizations, activists and more to create an initiative that everyone in the world can be part of. Check out http://countdown.ted.com to learn how you can get involved — and help turn the tide on climate. [Note: there are two unusual features of this TED Talk. One, it’s much longer than our normal, extending a full hour. Two, it’s made up of contributions from more than a dozen people, including UN Secretary-General Antonio Guterres, Al Gore, Katharine Hayhoe, Jimmy Kimmel and Yuval Noah Harari, among others. We’re putting it out there because the topic deserves this kind of prominence.]
Visit http://TED.com to get our entire library of TED Talks, transcripts, translations, personalized Talk recommendations and more.
The TED Talks channel features the best talks and performances from the TED Conference, where the world’s leading thinkers and doers give the talk of their lives in 18 minutes (or less). Look for talks on Technology, Entertainment and Design — plus science, business, global issues, the arts and more. You’re welcome to link to or embed these videos, forward them to others and share these ideas with people you know. For more information on using TED for commercial purposes (e.g. employee learning, in a film or online course), submit a Media Request here: http://media-requests.TED.com
Follow TED on Twitter: http://twitter.com/TEDTalks
Like TED on Facebook: http://facebook.com/TED
Subscribe to our channel: http://youtube.com/TED
Get TED Talks recommended just for you! Learn more at http://TED.com/signup.