“We Are the Halluci Nation” | A Tribe Called Red 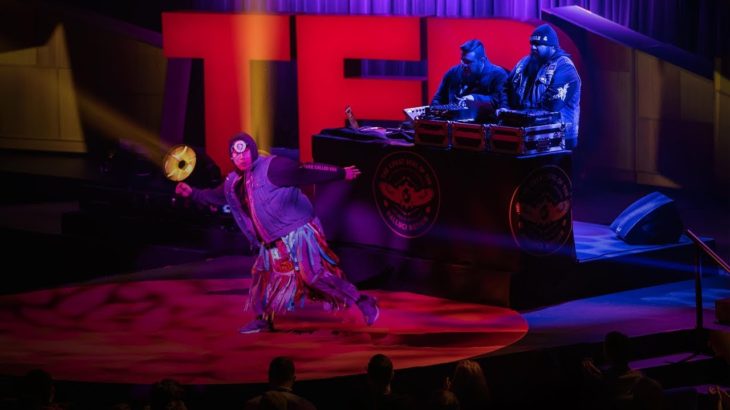 A Tribe Called Red creates music that acts as a gateway into urban, contemporary indigenous culture, celebrating all of its layers and complexity. In a set that blends traditional powwow drums and vocals with hip-hop and electronic music, the DJ collective tells stories of the First Nations in beats and images — expanding on the concept of the “Halluci Nation,” inspired by the poet, musician and activist John Trudell.